Bulldozer Types and Their Applications – A Complete Guide

Bulldozers are vehicles designed to either move materials or break materials down. The part of the bulldozer that interacts with the material is called the blade. Bulldozers are used in many types of projects, including construction, snow removal, forestry, and moving cargo. Knowing how to operate a bulldozer well can save the project time and money, as well as preventing on-the-work injuries.

Wheel dozers travel on wheels instead of tracks. Wheel dozers are also larger and swifter than crawler bulldozers. Bulldozer operators will use wheel dozers for operations that require high power and speed.

How to operate a Bulldozer?

This earth-moving machine has front-mounted blades and a rear-mounted ripper to assist in smoothing ground for roads, runways, building sites, and golf courses. Once you learn how to operate a bulldozer, it isn’t that difficult.

Want to Know How??

Shiphold dozers are a specially-designed type of bulldozer. They specialize in moving cargo in and out of ships docked at a port.

An S-blade attaches to the rear of a bulldozer by the lower corners of the arms. The S-blade is often used for stripping and ditching operations, especially when the materials are fine-grained and range from medium to hard in density. However, its straight-edged shape makes it a poor blade for lifting and carrying.

The U-blade is the largest blade type. The side wings and curves of a U-blade make it an ideal blade for moving materials across long distances. The U-blade is often used to move soft or medium soil. The U-blade is used for ditching and hauling operations.

The S-U-blade combines aspects of both the S-blade and the U-blade. The S-U blade has small side wings, and the blade is both relatively narrow and less curved. The S-U blade is often used on soft to medium soil for moving heavy materials and for crowning.

The PAT blade can be angled, tilted, and lifted in many directions, making it a versatile blade for bulldozers. The PAT blade is best used on medium to hard materials for operations such as leveling and scraping.

Read our other Interesting Articles Here!! 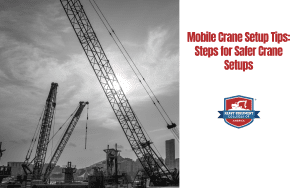 Construction safety should be at the top of everyone’s priority list, yet accidents due to negligence still occur on sites across the country. Whether you 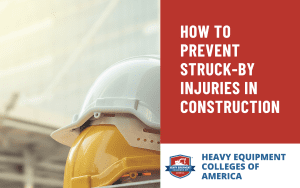 Injuries that result from forcible contact or impact between a person and a piece of equipment or object are referred to as struck-by injuries, as 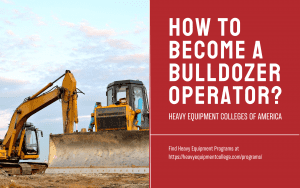 What You Need to Know to Become a Bulldozer Operator

A bulldozer is a versatile machine used to perform a variety of tasks on a construction site. With a blade mounted in the front and

Who Invented the Bulldozer?

The first part of the bulldozer to be invented was the blade. Prior to steam locomotion, people used mules to push the blade and perform the moving operations.

The modern bulldozers had two known precursors. The first device was a steam traction engine with an endless chain tread, and its inventor was Benjamin Holt. The second vehicle was a device created by the Hornsby company of England in roughly 1904. The company repurposed one of their wheeled steam traction engines into a tracklayer or “crawler.” The Hornsby company sold the patent to their machine to Benjamin Holt around 1914.

How to Become a Bulldozer Operator

The minimum education to become a bulldozer operator is a high school diploma or a GED. However, many employers will seek additional education, including but not limited to auto mechanics and mathematics. Taking courses in heavy machinery at a vocational school is highly recommended.

After landing a bulldozer operator job, new employees often start an apprenticeship which can last up to four years. During this time, the apprentice learns how to operate, maintain, and repair bulldozers from their mentors. And some states will require that the apprentice get a commercial license or a heavy machinery license to operate the bulldozer.

Workers who are interested in getting both classroom and hands-on experiences with heavy machinery are urged to seek a mechanical college. Heavy Equipment Colleges of America offers certifications in heavy machinery that can give its students the skills they need to safely and efficiently operate multiple types of heavy machinery.